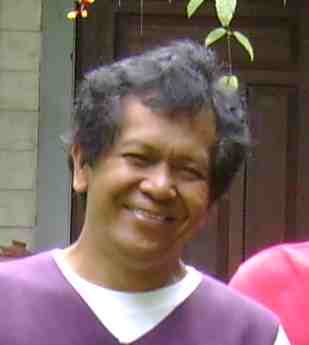 (Below is an introduction to Francis C. Macansantos's life and work written by his wife, Priscilla S. Macansantos. A version of this piece appeared in Katitikan: Literary Journal of the Philippine South on February 25, 2020.)

​Francis C. Macansantos – Butch to his friends and family – considered many places home. Born in Cotabato City in 1949, he spent his boyhood in Zamboanga City, hometown of his parents. A Zamboangueno at heart (and palate), his memories of growing up with boyhood friends in Zamboanga were vivid and came to life in many of his poems written in English and his native Chabacano. Though he earned his bachelor’s degree in English from the Ateneo de Zamboanga (where he also completed his high school education), he earned some of his collegiate units at MSU Marawi, where he came under the mentorship of talented Literature teachers such as Nena Marohombsar. Upon the recommendation of fellow Zamboangueño writer Cesar R. Aquino, Butch attended the Silliman Writers’ Workshop in the early 1970s, and was drawn to the Dumaguete community of writers and teachers, enough for him to subsequently enroll in the university’s MA program in creative writing. He lived the writer’s life in Dumaguete for close to a decade, learning to speak Cebuano, and enjoying the company of friends both in the university and in the city. This stay in Dumaguete afforded him regular attendance in the annual summer workshop, where he later served (formally and informally) on the critics’ panel, with his mentors Dr. Edith Tiempo and Dr. Edilberto Tiempo. At Silliman, Francis also worked at some point with the late Antonio Enriquez, who taught briefly at the University, and who remained a close friend until he passed on in 2014.

Butch taught for close to two years at MSU Marawi until 1980, when he had to leave after incurring the ire of the then University president for a parody performed in public by Francis and some of his colleagues. Mindanao during Martial Law was not the best place for outspoken academics and writers, and though the stories seemed unbelievably horrific, it was later confirmed by fellow teachers (who hid Butch and his fellow offenders in the women’s dorm) that indeed gunmen were on the lookout for the group. In 1981 Butch relocated to Baguio to join his spouse Priscilla – whom he met in 1976 at Silliman. He has since lived in this mountain city, save for a five year stay in Newark, Delaware in the US, in 1990 until 1995. Though he learned only a smattering of Ilocano, the lingua franca of Baguio, Francis considered Baguio and the Cordilleras his home for more years than the periods of stay elsewhere. He was a regular market-goer and had many sukis in the market and the neighborhood. One of his sukis at the local talipapa was the wife of the Ilocano writer Jimmy Agpalo, and he interspersed literary banter with everyday neighborhood gossip whenever he had the chance to chat. (At his wake, friends from the university were joined by his loyal market vendor friends and members of the barangay council.) Teaching briefly at UP Baguio, he made friends with the visual artist Darnay Demetillo, a fellow Sillimanian, and joined the artists’ collective Tahong Bundok, founded by Darnay and fellow Baguio visual artist Pyx Picart. Before the turn of the century, Butch also formed, together with the late National Artist Cirilo Bautista, the Baguio Writers Group. He mentored young writers, and sometime in 2007, initiated the holding of the Cordillera Creative Writers Workshop at UP Baguio. It was also during this period that he served on the Literary Arts Committee of NCCA as representative of Baguio and the Cordillera region.

While in Baguio, Francis made regular visits to Dumaguete and Zamboanga City, at times to serve on the critics’ panel of the Silliman Writers Workshop (upon the invitation of Dr. Edith Tiempo), or on the panel of the Western Mindanao Creative Writers Workshop in Zamboanga City. Though writing mostly in English early in his career, he later wrote poetry in his native Chabacano, producing in 2011 his collection Balsa: Poemas Chabacano. He encouraged young writers from the Cordilleras to write in their first languages, and these efforts bore fruit with the increasing output of writing in the Cordilleran languages, as well as the earmarking of an NCCA Writers’ prize category for poetry in the Kankanaey language.
​
Though better known as a poet in English, Francis also wrote prose, fiction and literary criticism. An avowed late blooming culinary enthusiast, he recently contributed to the cookbook The Filipino Kitchen, published in 2018 by Agate Surrey in Chicago. His essay titled “Nashville” was published posthumously by the Shanghai Literary Review, and was later nominated in 2018 for the Pushcart Prize. He has written and published reviews of works by Epifanio San Juan, Ophelia A. Dimalanta, Antonio Enriquez, among others. An extended biography of the writer Antonio Enriquez, written on an NCCA grant, remains unpublished, as are numerous essays, poems, plays, and short stories. Of Francis the man and his poetry, the writer Alfred (Krip) Yuson, in a review of Francis’ last book Snail Fever, wrote: “Indeed, his humor was both mercurial and vaporous… In contrast, his poetry was seditious in its sober sensitivity, employing themes that drew from his academic training in the classics as much as his affinity with nature that is becalmed with acute language.”
​
Francis passed away suddenly in July 2017. In the months before his sudden demise, he was preparing a collection of poems on his experiences during Martial Law. 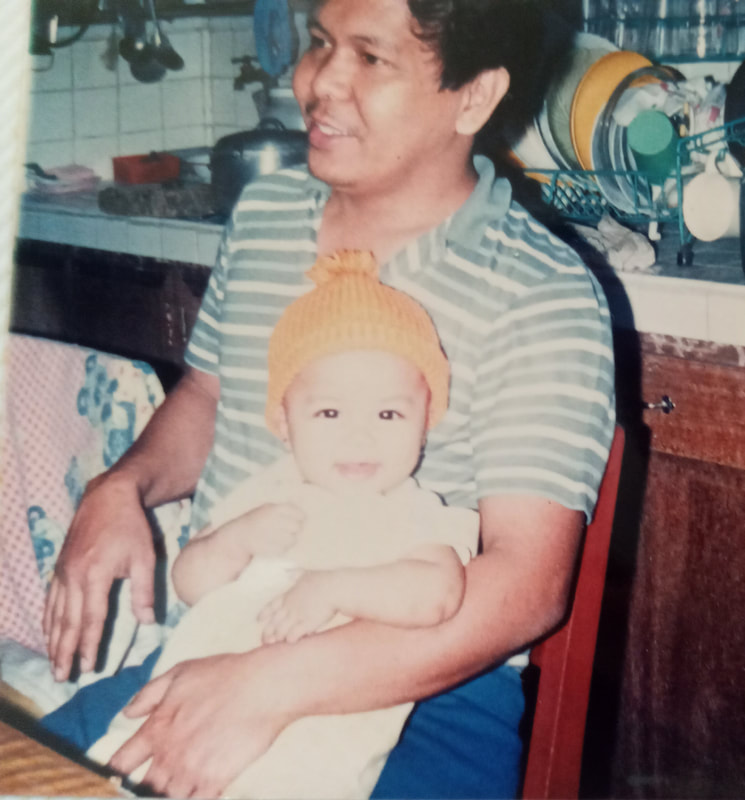